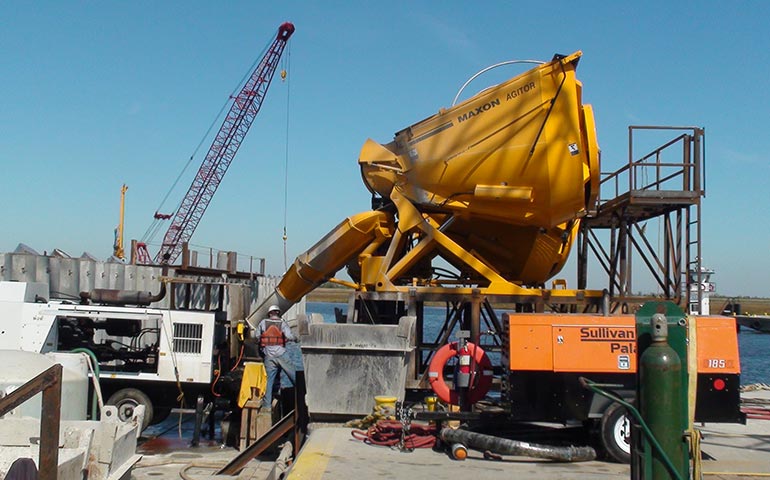 Maxon barge mounted concrete transport systems include Agitors with diesel or electric power packs, platforms, conveyors and wash down systems.  The open top Maxon Agitor, available with haul capacities up to 20 yd3 (15 m3), can be easily loaded from shore directly or with a concrete pump / conveyor.

To ensure that the concrete does not segregate during longer transit times, the Agitor is equipped with a horizontal agitation shaft. Individual or multiple Transport Barges can be equipped with one to eight Agitors, allowing contractor to deliver up to to 100 yd3 (76m3) per hour. Agitors include hoisting bodies for rapid discharge and placing chutes to discharge directly to the concrete pump, bucket, belt, or to the Maxcrete Remix Surge Hopper on the Placing Barge. For the New Orleans Hurricane Barrier Wall, barge mounted Agitors transported 20 yd3 (14m3) of concrete and feed concrete directly to the concrete pump at the placing site. 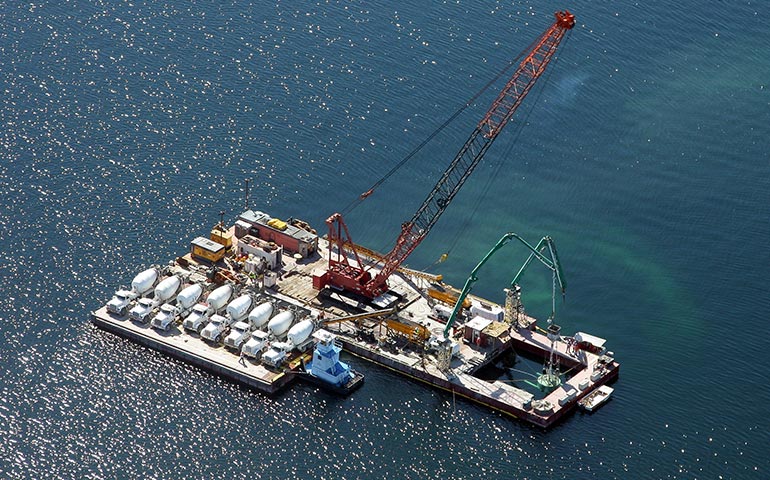 Placing concrete for underwater/off-shore applications brings its own set of issues.  The experts at Maxon have unique equipment solutions for under water tunnels, oil platforms, pilings and piers, docks, dams and other civil applications. From tremie pours to structural form pours in cofferdams, Maxon has the right equipment to meet your challenges. 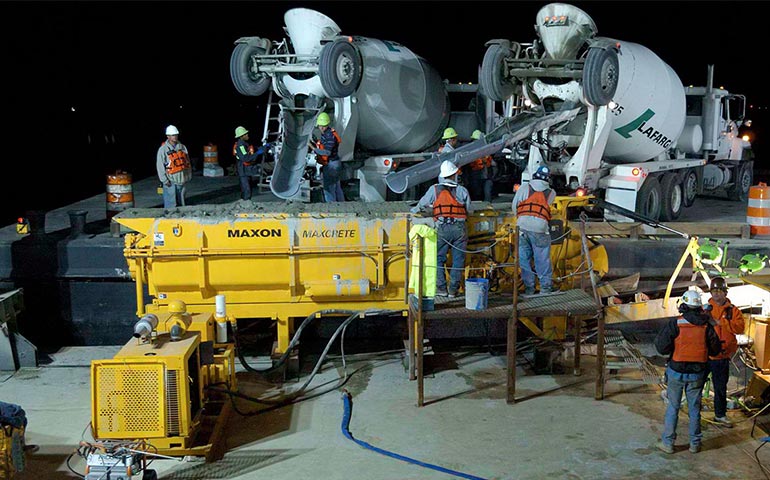 No waiting for the entire load to be pumped off. Contractors know that poor quality concrete can bring pumping/placing operations to a stop. The Maxcrete is the only ASTM/ACI rated concrete remixer that allows contractors to retemper or introduce additives at the placing site, ensuring a consistent quality with every yard poured.  An infinitely variable hydraulic discharge gate allows contractors to match the Maxcrete discharge rate to that of the concrete pump or conveyor on the Placing Barge. 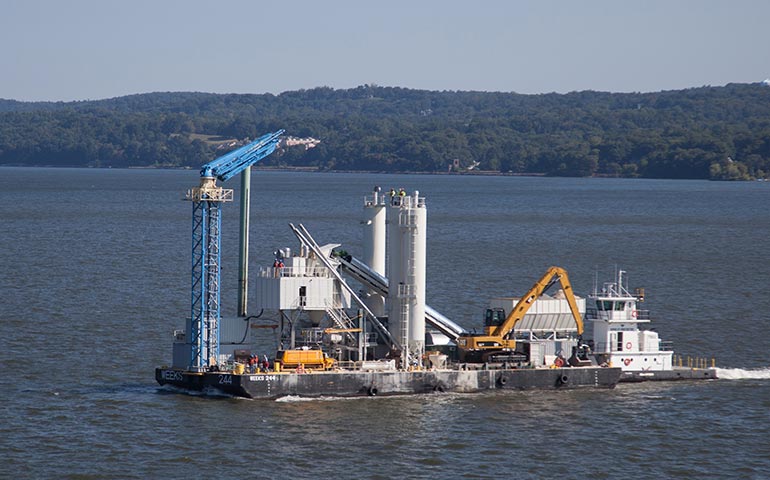 Have a complicated pour or a mix design that’s hard to work with? Need a complete solution from shore to placement, or perhaps a short term rental of your concrete placing system? Maxon offers engineered solutions with experience from thousands of applications.

Utilize Maxon’s extensive background in concrete placing systems to arrive at the best solution for your project.  Over the past few decades, Maxon has collaborated with all the major material handling firms, allowing contractors to use Maxon as the preeminent single source of knowledge on concrete handling for marine applications. For the Mario Cuomo Bridge, Maxon engineered a complete barge mounted concrete production system capable of mixing and placing 300,000 yd3 (230,000m3) over 3 years. 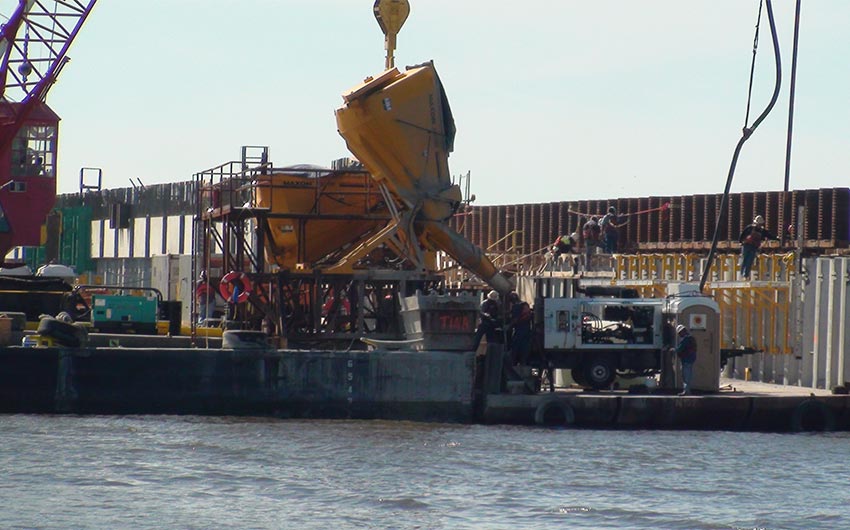 Traylor Massman Weeks utilized barge-mounted Maxon Agitors on the New Orleans area Hurrican and Storm Risk Reduction System. There were three barges with two 10 cu yd Agitors each. The Agitors were powered with an independent diesel power pack allowing them to agitate concrete while in transit for the 1+ mile trip to the placing site. 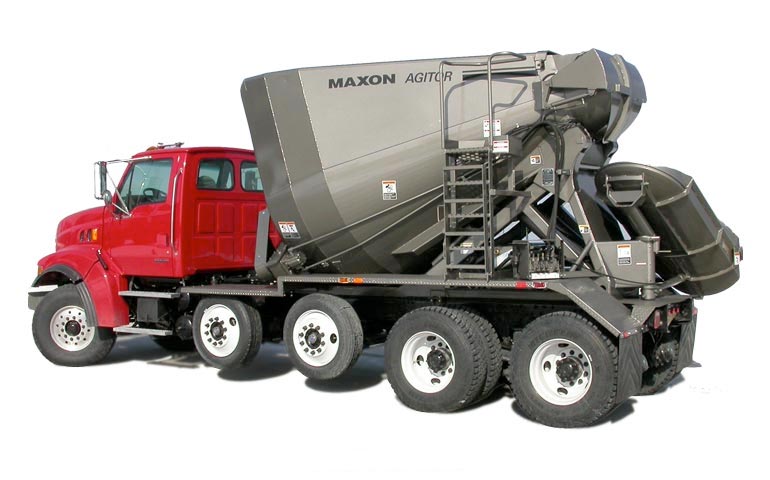 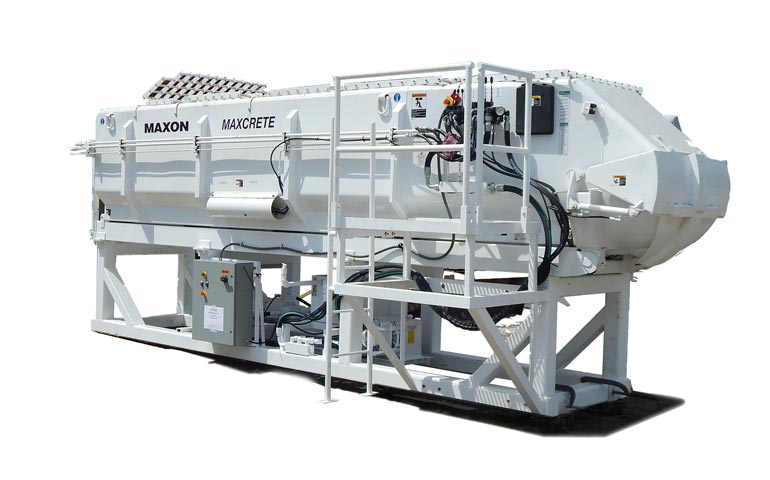 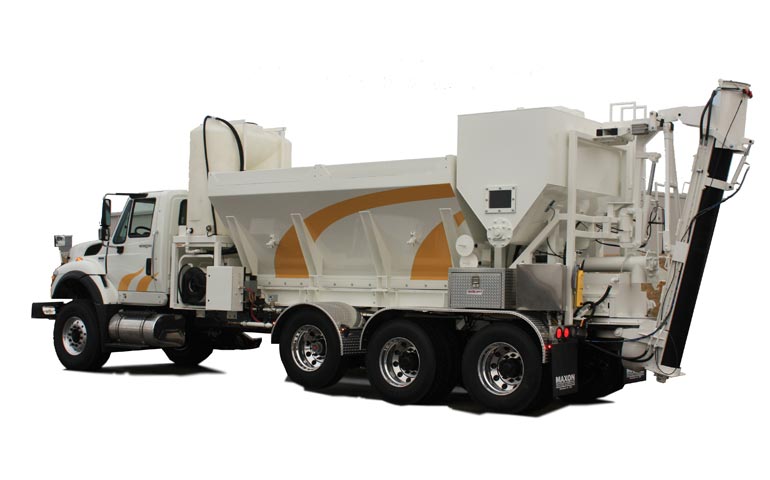 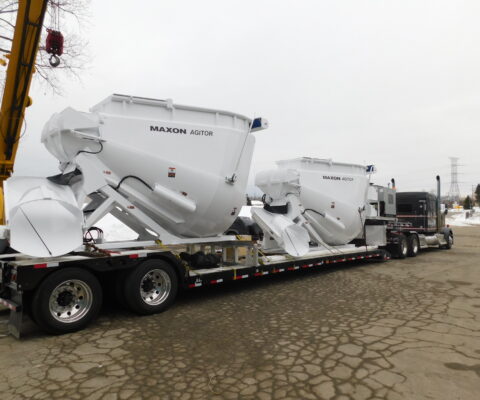 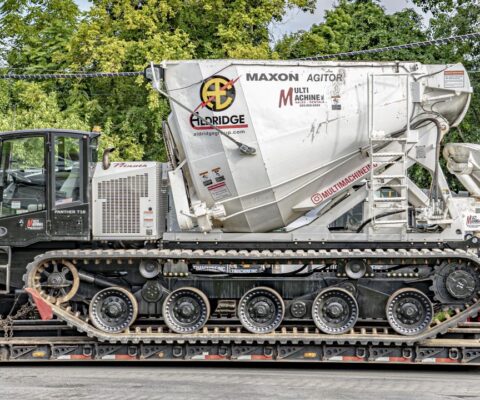 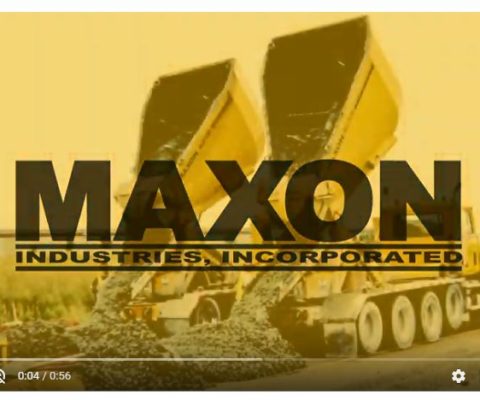 Maxon Industries has advanced concepts in concrete construction equipment. Watch to see what we can do for you [...]
Read more Watch Our Concepts Video

At $14.6 billion dollars, the new New Orleans area Hurricane and Storm Risk Reduction System is the largest Corp of Engineers job ever constructed in the United States. The system is designed to eliminate flooding similar to what occurred after Hurricane Katrina (100 year flood), and consists of constructing new or elevating over 350 miles [...]
Read more New Orleans Hurricane Storm Surge Barrier

Barge Mounted Maxcretes Supply Concrete 24/7 for 12 days Lake Mead feeds over 90% of the fresh water to the Las Vegas, NV area. During an 11 year drought, water levels dropped significantly, placing one of the two horizontal underwater intake shafts in danger of being above the water level. Impregilo/Healy JV was awarded the [...]
Read more Lake Mead Tunnel Intake #3

Maxon equipment is used on the Olmstead Locks and Dam project alongside Putzmeister America [...]
Read more Olmsted Locks and Dam Project
WOULD YOU LIKE TO KNOW MORE? Call Us At 800-236-9944 or CONTACT US
X