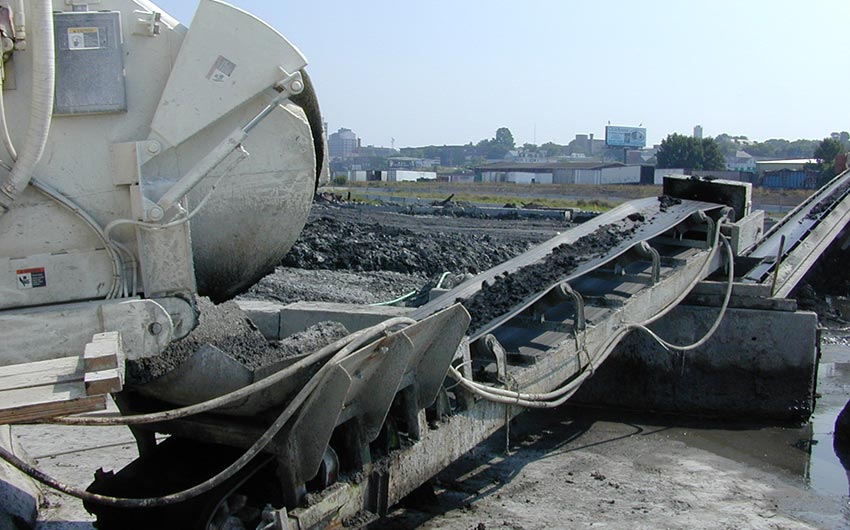 Waste solidification contractor Dry Dredge Inc. of Boston, MA, utilized a Maxon 10 cubic yard Maxcrete to solidify 60,000 yards of contaminated harbor sludge from the New Bedford Harbor. The Maxcrete mixed the harbor sludge with a proprietary mix of reagents to create a solidified and encapsulated material. The resulting material was then used to cap a brownfield site adjacent to the harbor.

Production rates approached 100 cubic yards/hour, with the limiting factor being the ability to have the dredge/pump barge keep up with the pace of the Maxcrete solidification system.

The system supplied by Maxon worked great. The Maxcrete allowed us to modify our mixing design and retention time in the mixer based on moisture content, so we could ensure the material would achieve the consistency we needed by the third day.