With the end of the Cold War, the United States decided that it no longer needed a facility of this nature. Thus began the long and expensive process of dismantling the facilities numerous buildings and remediating the various waste streams.

In the spring on 1995, IDM Environmental of South River, NJ was awarded the contract to stabilize over 100,000 gallons of contaminated sludge’s on site. The sludge’s consisted of solid material which had settled from the water in the six cooling towers. The sludge’s were contaminated with low levels of radioactivity, heavy metals, and other chemicals that needed to be “processed” before disposal.

After looking to Maxon Industries for equipment solutions, IDM selected a 2 cubic yard Mini-Maxcrete to mix, stabilize, and solidify the waste. “We chose the Maxon Mini-Maxcrete because of its compact size and excellent mixing ability” commented Bill Jones, Project Superintendent.

Six (6) super structures constructed of wood and concrete held millions of gallons of water used in the cooling of the uranium diffusion. During the process, the water was contaminated with low levels of radiation and traces of chemicals used in the production of the uranium. The water, which had been originally pumped from the nearby river, had silt suspended in it. Over the years, the silt settled to the bottom of the six holding tanks, creating over 100,000 gallons of the contaminated silt that now needed to be treated. After treating and disposing of the water, there was a 12” semi-solid layer on the bottom of the tanks.

The wooden walls of the cooling towers were dismantled and hauled off site. Then, to allow easier removal of the remaining silt/sludge, the 18” thick concrete walls at the base of the structures were also partially removed. The material was then excavated using a loader/backhoe, and loaded into frac tanks. Once transferred, the material was allowed to settle in the tanks. The remaining water that decanted to the top of the sludge was pumped off and treated separately.

Approximately 2 yards of sludge was then pumped from the frac tanks into the Mini-Maxcrete with the use of a vacuum truck. Ten (10) bags (500 lbs. total) of Aquaset II, manufactured by Fluidtech of Las Vegas, NV, were added to the Mini-Maxcrete and mixed for 5-10 minutes. (Aquaset has the consistency of dry powder). Depending on the moisture content of the silt, an additional 50 lb. bag of Aquaset would be added.

“The use of the Maxon mixer (Mini-Maxcrete) with Aquaset powder worked extremely well,” commented Jones. The Mini-Maxcrete’s horizontal agitation shaft with 16 paddles quickly dispersed the powder throughout the sludge allowing the Aquaset to take up any of the free liquids and bind to the solids.

Before being placed into drums, each load was tested to verify that it would pass the “paint filter” test. When the mixture reached a homogenous state and was shown to pass the test, it was discharged into lined 55 gallon drums. The output had a consistency of 6-8” slump concrete. After 24 hours the material would reach a stiff putty-like consistency.

The Mini-Maxcrete’s hydraulic gate allowed for precisely the correct amount of material to be loaded into each of 7 barrels per load. These drums were then sealed, loaded into enclosed trucks, and hauled to a waste disposal site. All of the sludge was treated in 5 weeks, without a single day lost to mechanical difficulties. “The mixer worked exactly as we expected,” commented Jones. 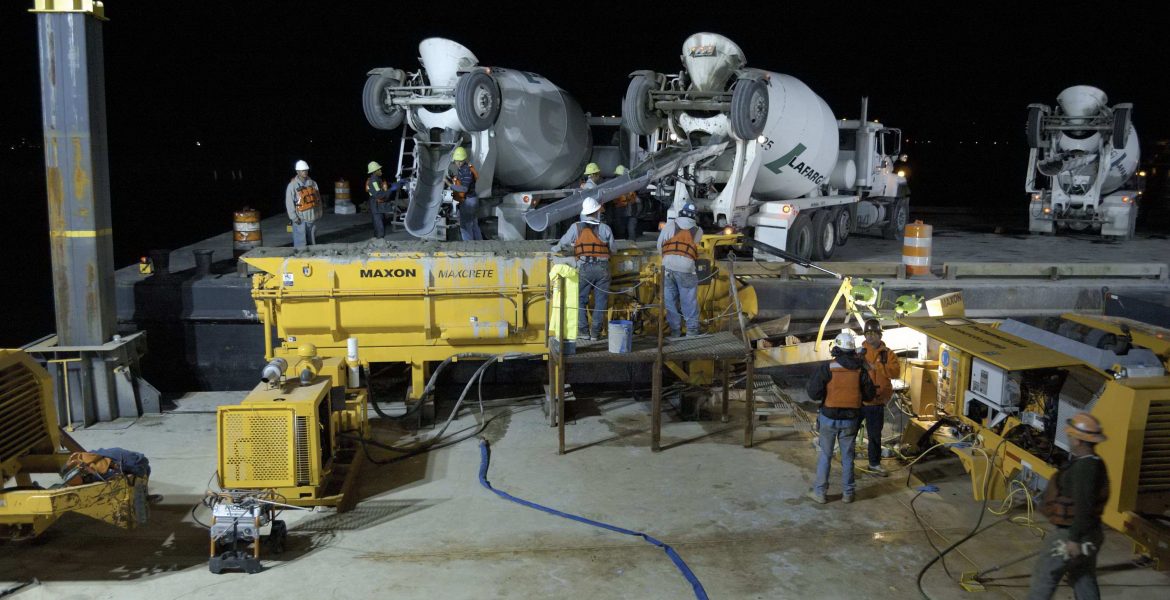 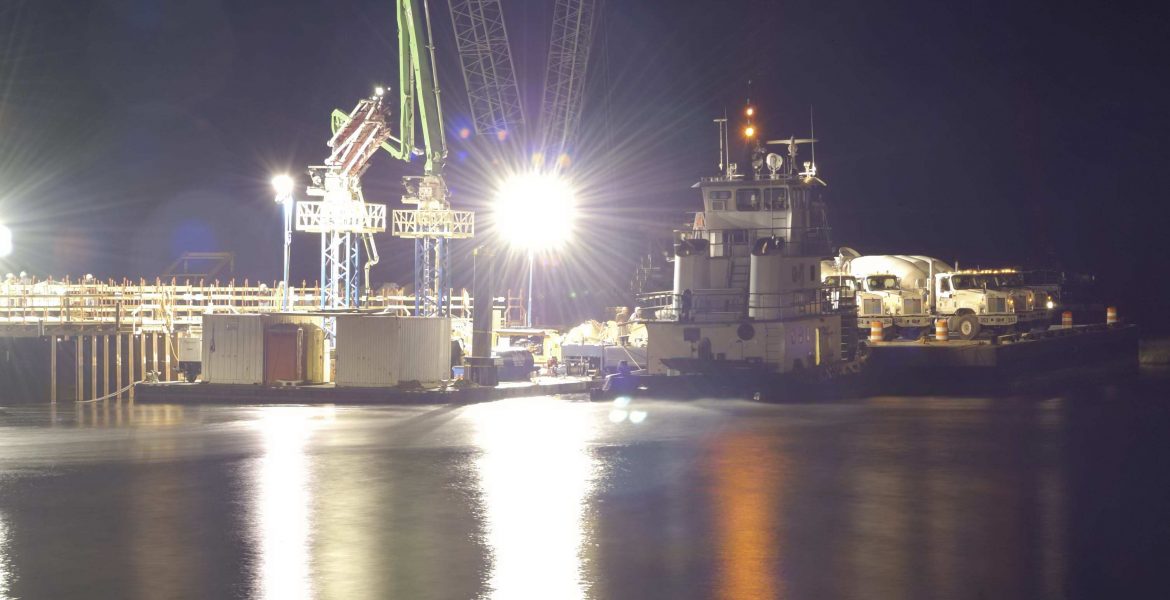 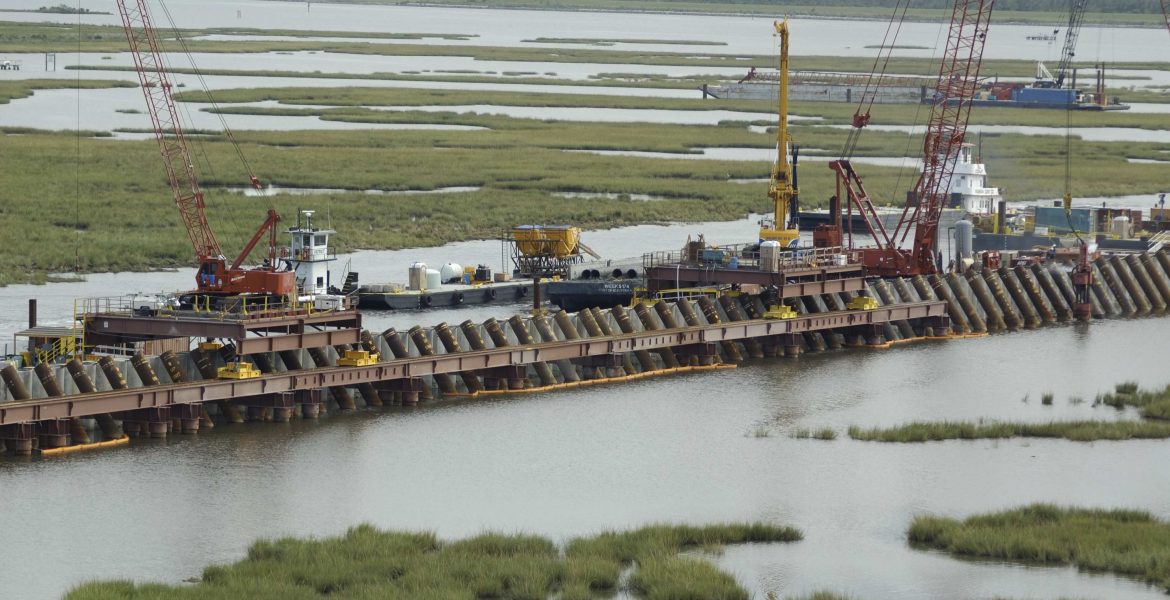 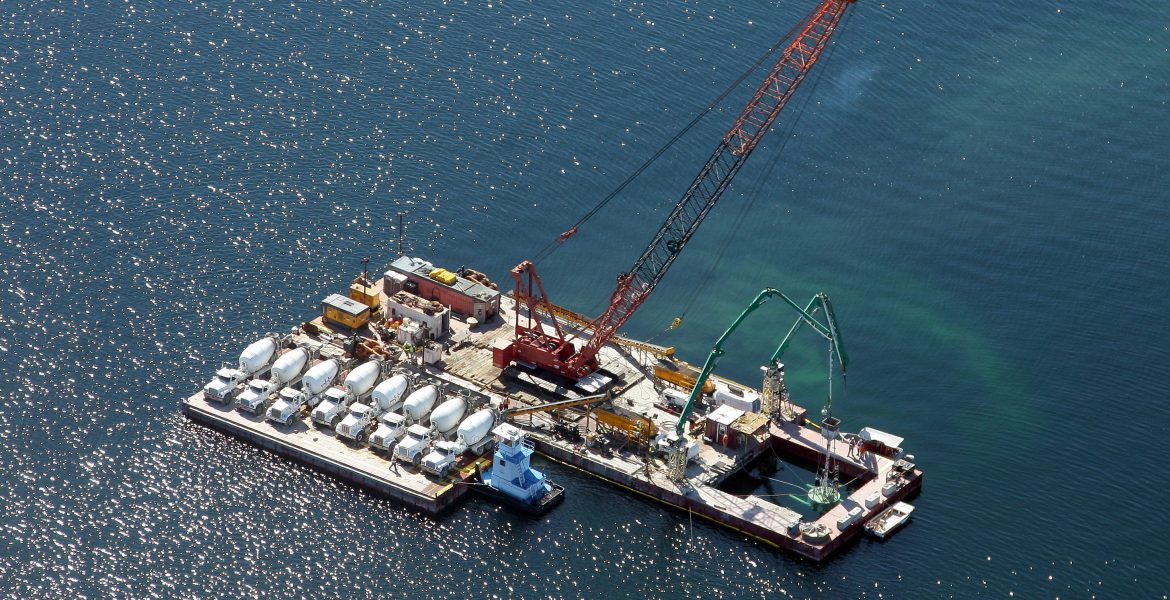 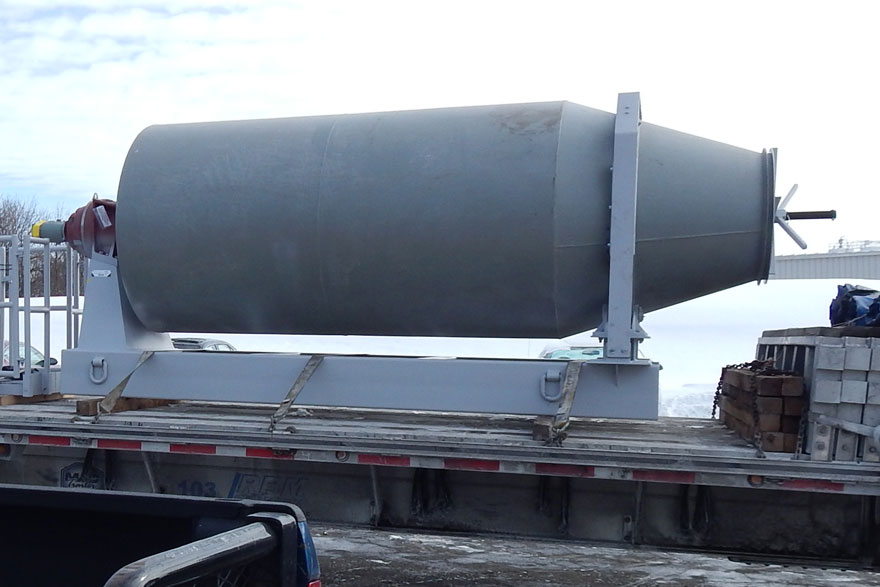